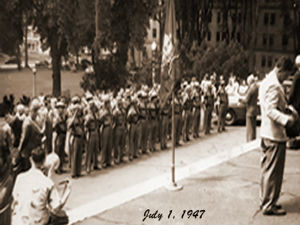 The Vermont State Police was formed July 1, 1947. U.S. Marine Corps Maj. Gen. Merritt Edson was named the first commissioner of the Department of Public Safety, and his influence continues today.

A comprehensive history of the State Police is available on the center and museum's website.