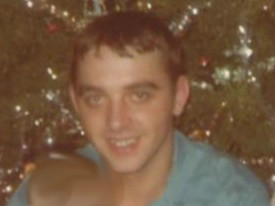 On May 30th, 1989 the body of Keith Destromp (35 years of age) was discovered in the abandoned “Pease Grain” building on Burlington’s waterfront, a victim of severe blunt trauma.

Destromp was known to frequent this area which was popular with the homeless community at the time.

Destromp’s death was ruled a homicide by the Chief Medical Examiner and the case remains open and unsolved.