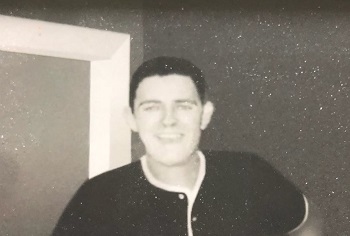 Lloyd “Pat” Fitzgerald (27 years of age) was last seen on October 2nd, 1972 in Burlington, Vermont.  Fitzgerald was employed by the City of Burlington Electric and Light Department at the time of his disappearance.

The body of Fitzgerald was later discovered on March 4, 1973 in a remote area of a cornfield near the Ethan Allen homestead in Burlington.  It appeared that Fitzgerald had been shot and killed.

The cause of death was ruled a homicide by the Chief Medical Examiner.  Although there was significant investigation conducted over the years, the case still remains open and unsolved.