Fire and Explosion Investigation Unit detectives are responsible for determining the origin and cause of fires. Detectives conduct criminal investigations on fires ruled as being “incendiary” or that result in serious injury or death. Detectives work closely with fire investigators from the Division of Fire Safety and fire departments throughout the state.

Also within the Bureau of Criminal Investigations is the Vermont Intelligence Center, a state-wide collaborative program designed to collect, analyze, and disseminate intelligence information and identify patterns and indicators of criminal and terrorism-related activity.

Detectives initially are selected from the Field Force Division. When a detective position becomes available, interested troopers participate in a voluntary selection process requesting to transfer into the Criminal Division. Every detective within BCI receives specialized training in order to conduct investigations.

In addition to their primary responsibilities, many BCI detectives also are members of state police special teams and receive additional training to be on those teams. 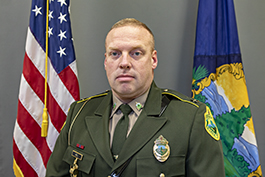